A second sear, poised just behind a second notch in the hammer.

It is possible that when a cocked firearm is dropped or sharply jarred, a single sear could jump out of its notch and the hammer could fall, firing the gun accidentally. In this event, an intercepting sear would engage before the hammer could fall completely, preventing an accidental discharge. On a gun with intercepting sears, only by pulling the trigger are both sears moved out of the way simultaneously, allowing the gun to fire. 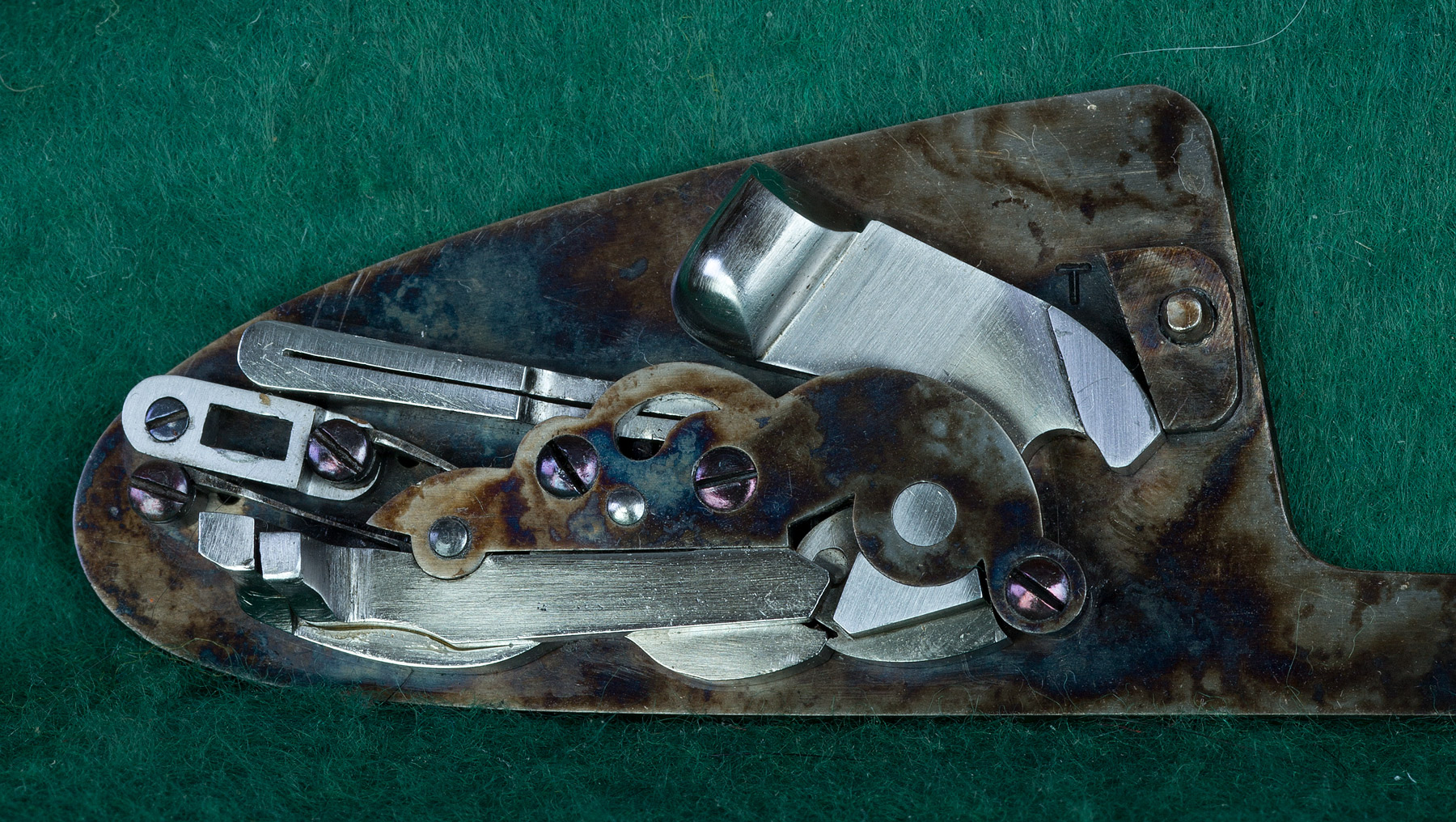 In the above photo of the inside of a cocked back-action sidelock, the primary sear (arrow 1) is largely concealed directly behind the intercepting sear (arrow 2). The nose of the primary sear engages, and holds under tension, a notch  in the underside of the cock. A perpendicular bar at its tail stands ready to receive pressure from the trigger to cause the gun to fire.

The intercepting sear is the more visible horizontal bar along the bottom of the lockwork, its nose not yet bearing on its notch, but ready to intercept the hammer's fall if it should be inadvertently knocked out of its primary sear. Only with an actual pull of the trigger are both trigger-arms lifted simultaneously, allowing the hammer to fall through its full stroke and fire the gun.

Intercepting sear on a Purdey/Beesley lock, above.

Intercepting sears are usually found on better sidelock actions. They are sometimes found on best boxlocks, and can be recognized by an extra screw behind the action fences, in addition to the usual two screws (or pins) along the lower rear of the receiver. 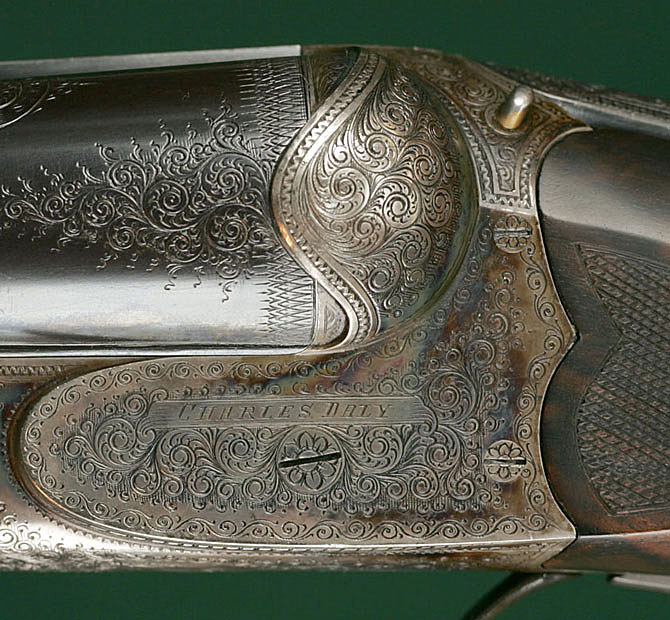 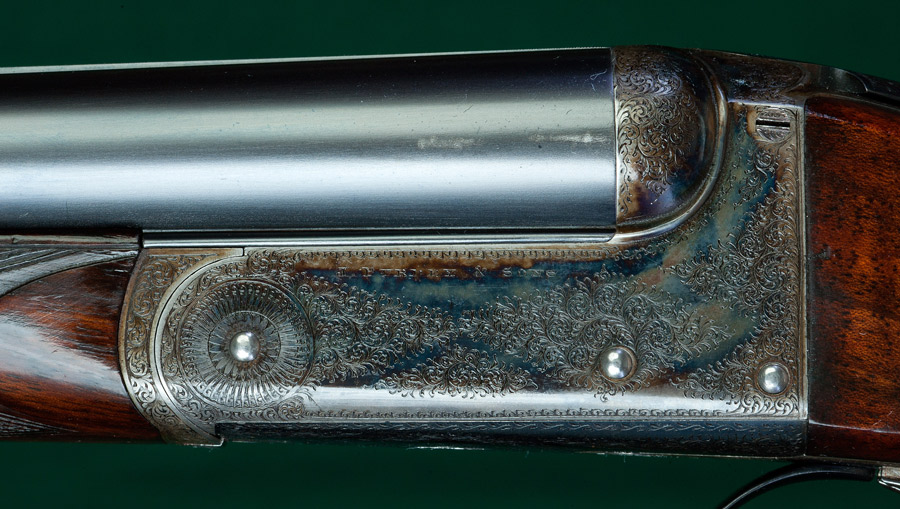 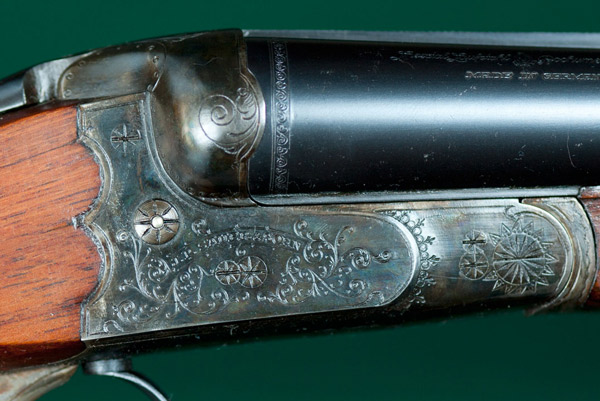 Boxlock action with sear hinged at the top; not an intercepting sear. 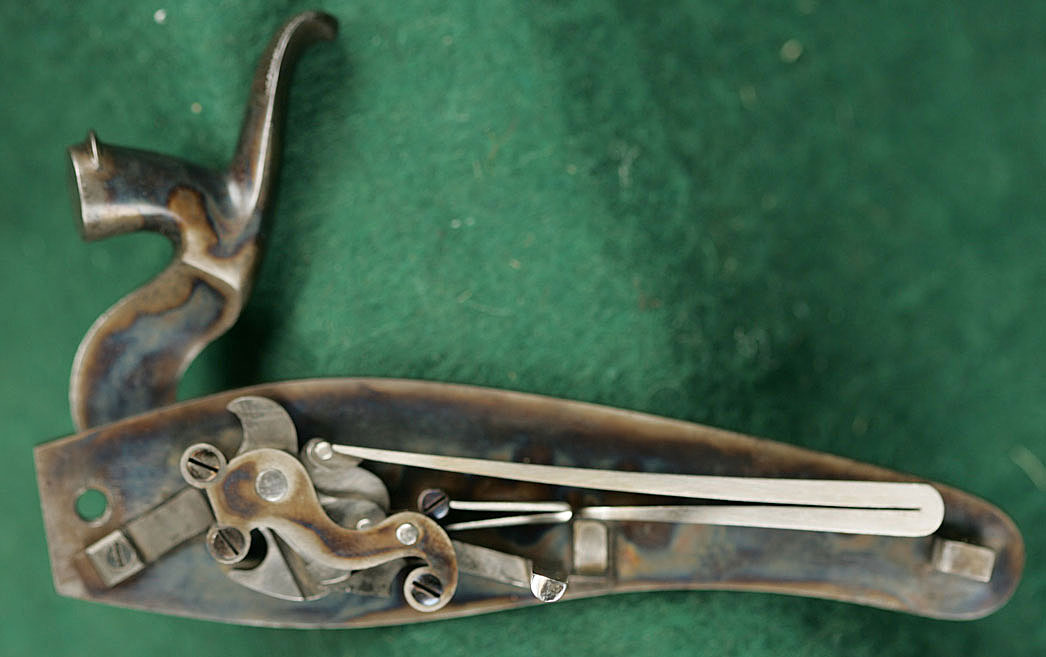 Back-action sidelock with only a single sear.