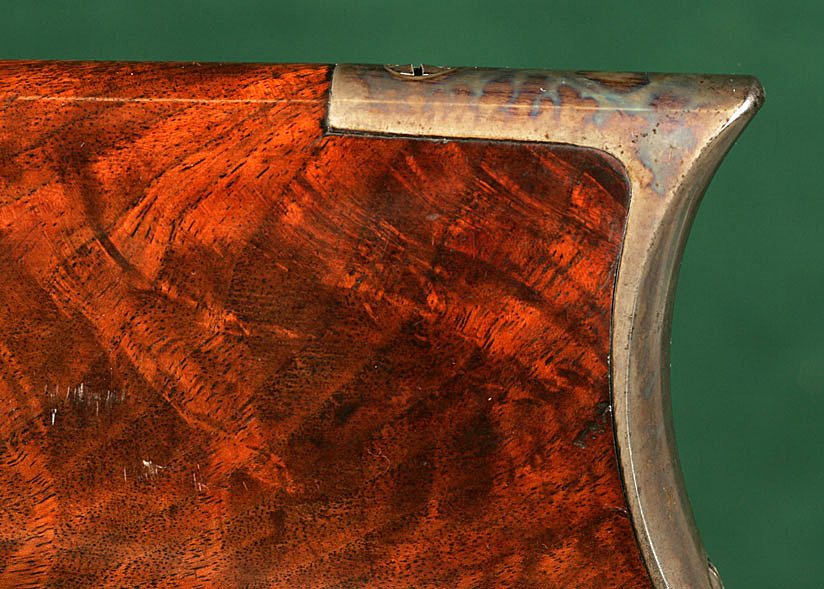 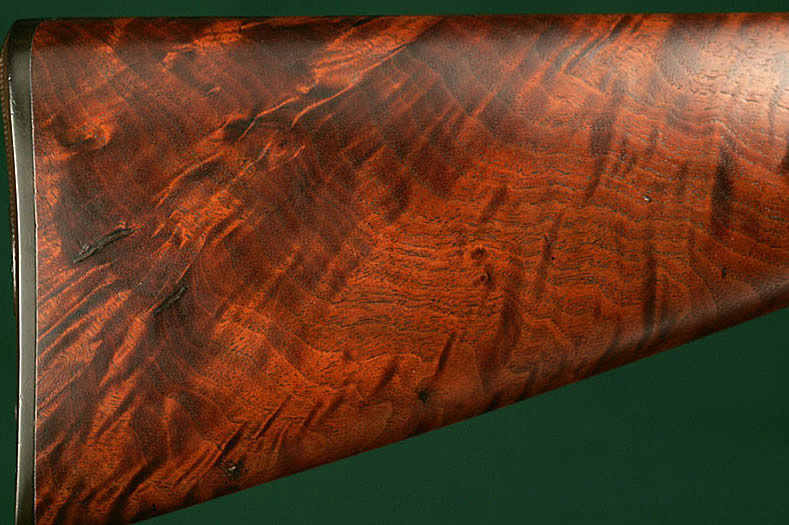 American Black Walnut (Juglans Nigra). Better specimens have what is described as flame feather-crotch patterns. It is not generally as strong or as expensive as Juglans Regia. 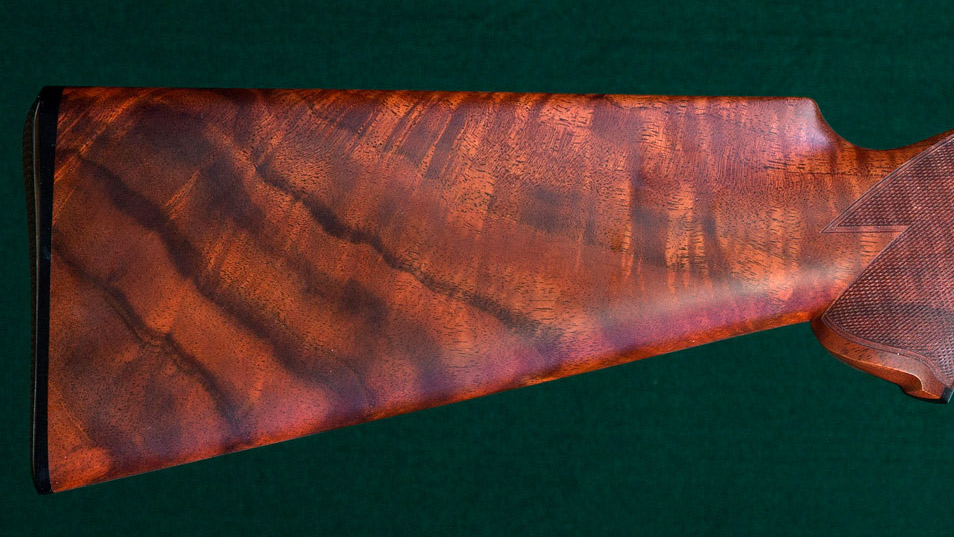 Claro Walnut. A variety of American walnut (Juglans Hindsii) often highly figured, but whose figure is somewhat cloudy, lacking crispness. Not as dense or strong as a good piece of Juglans Regia.

Walnut - The type of wood most commonly used for gunstocks because of its combination of attributes: lightness, resilience to shock, close grain, ease and predictability of working and its handsome appearance. Several different types of walnut are English/French/Circassian (Juglans Regia), American Black (Juglans Nigra), Bastogne and Claro.