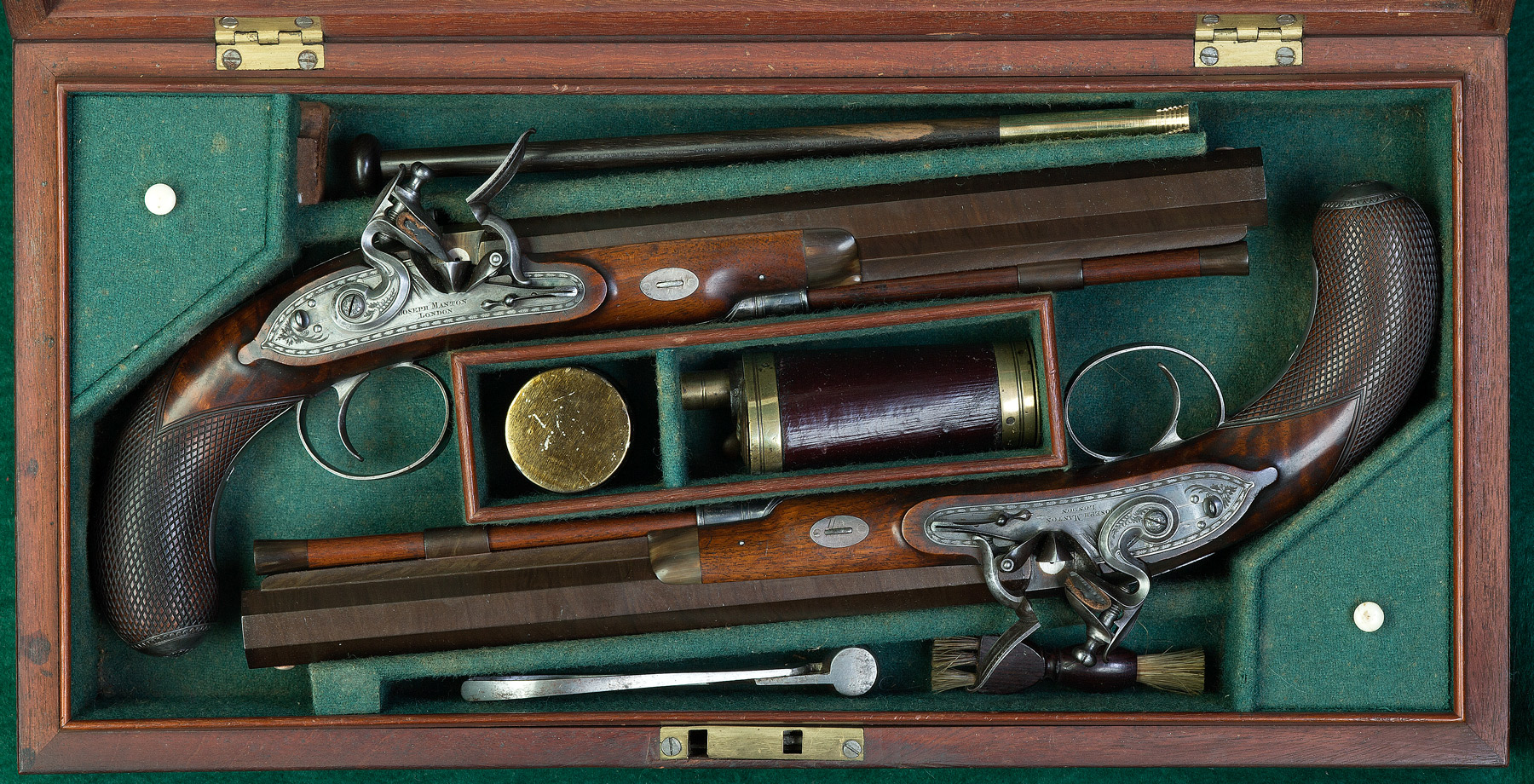 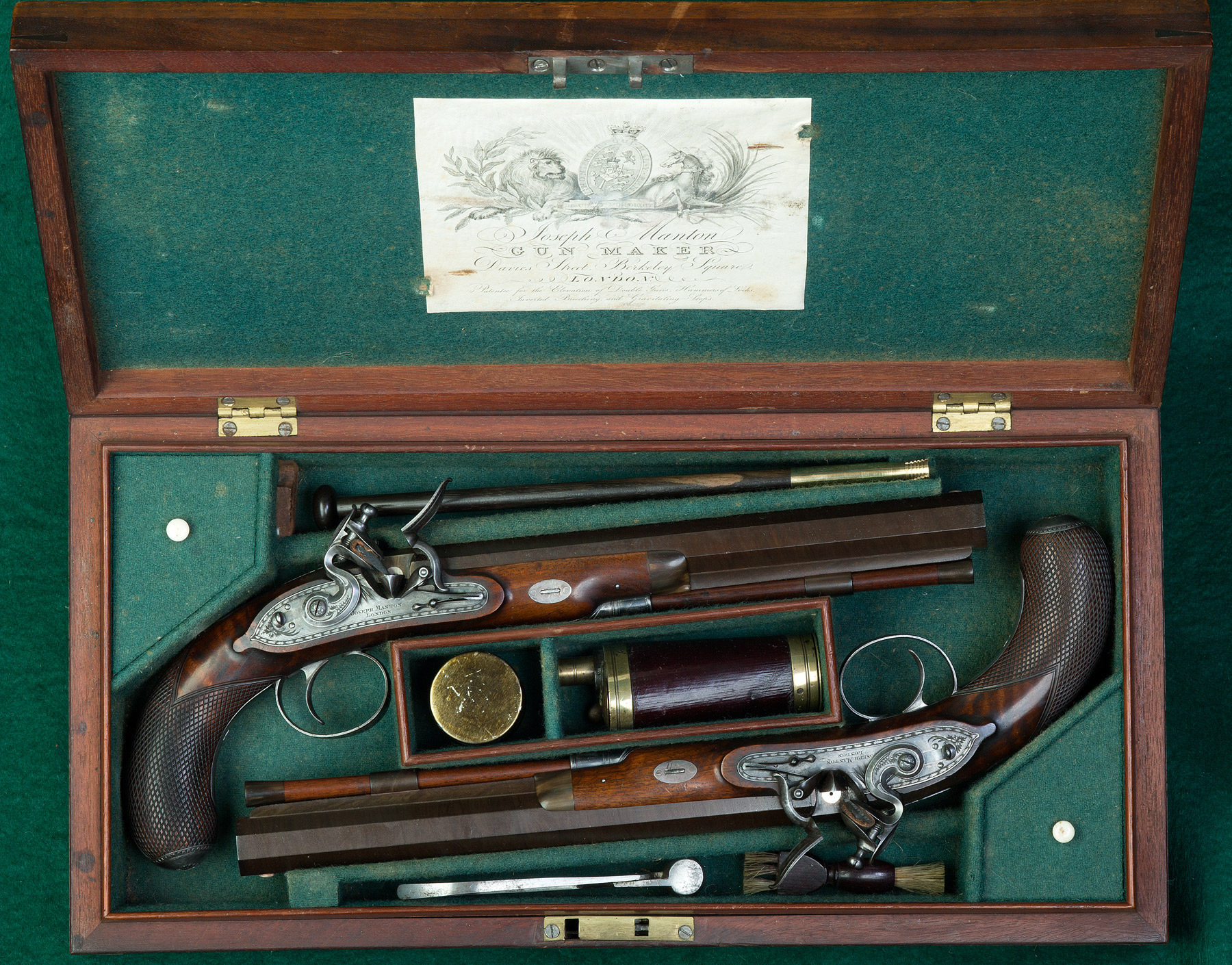 Provenance: According to Neal & Black, The Mantons, the duelers were originally owned by General, Sir Martin Hunter, the last surviving British officer to have fought at the battles of Lexington and Concord. Passed by decent to J. Bates, being in his possession at the date of the book. Disposed by him through Thomas Del Mar Ltd, London. Purchased by Geoff Walker. Acquired by Hallowell & Co. March 2012.

General Sir Martin Hunter, GCH, GCMG (1757–1846) was a British Army officer, and governor of Stirling Castle. He joined the army in 1771, as an ensign in the 52nd (Oxfordshire) Regiment of Foot, and was made Lieutenant in 1775. He accompanied his regiment to America, where he saw action during the American Revolutionary War at Bunker Hill, Lexington and Concord, Brooklyn, Brandywine, and Fort Washington. He was wounded during a night attack on General Wayne's brigade.

In 1777 Hunter was made captain in the 52nd. He served in India, commanding the corps who attacked the breach at Cannanore in 1785, and commanded the 52nd at various sieges during the campaign under Lord Cornwallis. He was wounded during the battle at Seringapatam in 1792. In 1793, Hunter obtained a majority in the 91st Foot, and in 1794, he was promoted to Lieutenant Colonel. In 1797, he married Scottish heiress Jean Dickson (d. 1845). They had a large family. Hunter held a commissions in the 60th Foot, and also the 48th Foot, which he commanded in Gibraltar, Trinidad and Puerto Rico. In 1800 he became Colonel, and in 1801, Brigadier-General. Hunter was made lieutenant-general in 1812, and General in 1825. Hunter died in 1846, the last surviving British officer to have fought at Lexington and Concord.

The Hallowell & Co. Historical Gallery portrays fine guns we have handled over the years and is for informational purposes only. These guns are no longer available today. Please click on any of the links below to see what we actually do have available for purchase.