Fittings designed to attach a telescopic sight to a firearm---normally a rifle. They may be fixed or quick-detachable. The following photos show various different types of scope mounts.

German Claw Mount system.  Pulling the ears on the rear base rearward releases the rear claws from their base, allowing the scope to tip up at the rear and the front claws to be removed from the front base. More photos 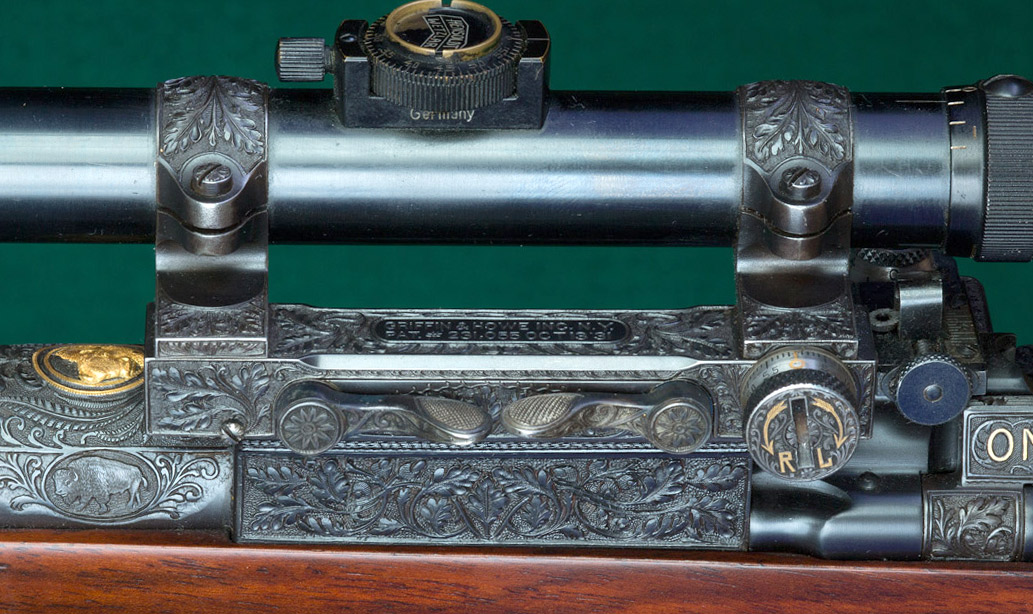 Above: Slide, attached.       Below: Slide removed, showing sidemount base.

Holland & Holland.  Rotating the lever on the forward base allows the front ring assembly to be lifted upward, tilting the scope down at the rear  and withdrawing the rear claw from its receptacle.

Leupold / Redfield-type Mounts. Split rings hold the scope. To attach the scope to the rifle, insert the base of the front ring into the front base at 90 degrees to the right. Rotate the ocular bell 90 degrees clockwise & rearward to line up with the bore. Secure the rear ring under opposing tension of the two large lateral screws in the rear base.

David Miller Mount - Save for the top caps, machined from one homogeneous piece of metal. Not field-removable. But, exceedingly strong and reliable.

Springer Mount - Johann Springer's Erben, Vienna.  Squeezing the opposed "sugar-tongs" in the forward mount together releases the front mount upward, allowing the rear claw to detach from its dovetail. 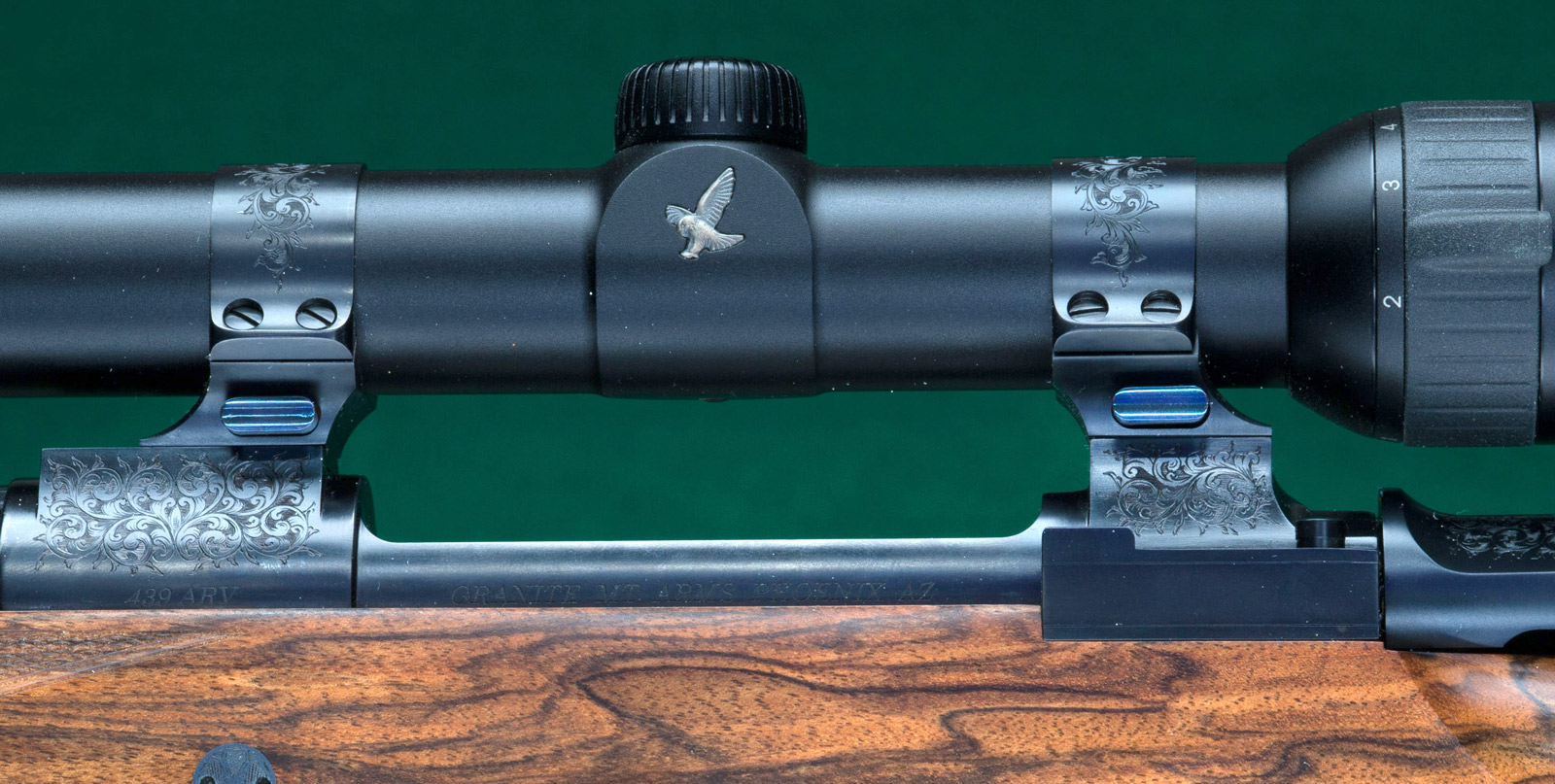 Joseph Smithson Mount - Designed and built by Joe Smithson of Utah, depressing the fire-blued buttons in the base of each ring allows the mounts to slide rearward and out of their mating dovetails milled directly into the receiver squarebridges---without separate bases.

Talley Quick-Detachable Mounts.  Released by counter-rotating the two levers, releasing the rings' tension on the dovetailed bases, allowing the scope to be slid forward and off. Also available in a fixed version for rifles without iron sights.

Target Mounts - Incorporating windage and elevation adjustments, as well as a recoil-buffer spring, for target scopes with fine delicate crosshairs and no aiming adjustments within the scope. Fitted to dovetailed blocks screwed to the rifle's barrel.

Our inventory is constantly changing. Please bookmark this site and return often.