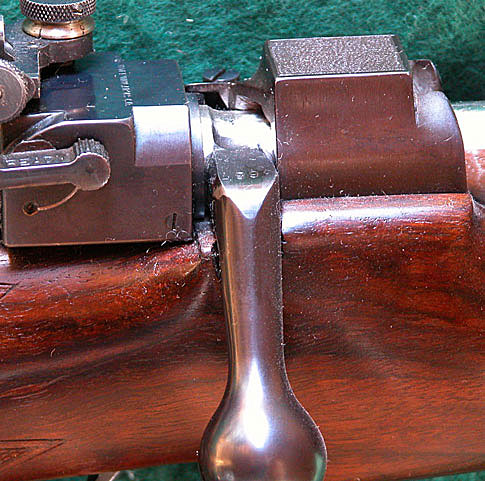 Mauser Commercial Magnum Squarebridge action on a Hoffman rifle -- with the squarebridge intact.

Mauser Type B Commercial Sporter with factory original claw mount system built into the rear squarebridge (with a later scope and rings). 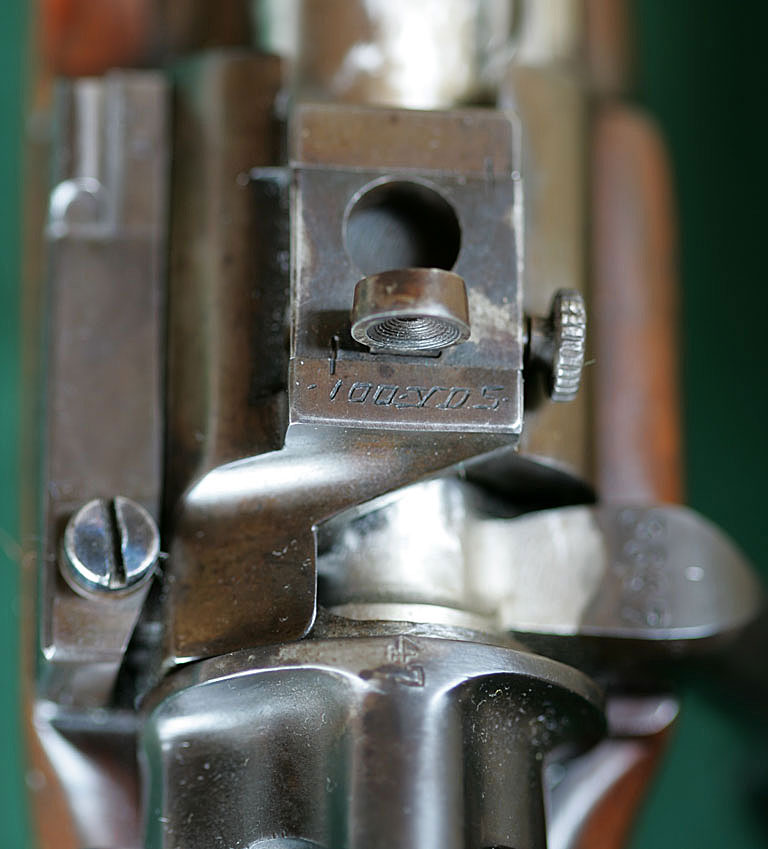 A folding peep sight built into a Mauser Squarebridge.

A modern Squarebridge action with claw mount system. The front clawmount base is dovetailed through a saddle so as not to weaken the pressure-bearing front receiver ring.

Squarebridge - The shape of (most often) the rear receiver bridge of a bolt action. Popularized by Mauser on their Model 98 commercial sporting actions, providing an extra mass of steel onto which or into which a skilled gunsmith could integrate a (typically quick-release) scope mount. Mauser supplied integral scope mounts on their commercial rifles, to order. When the front receiver bridge is also enlarged square, it is a double-squarebridge. Such rifles are rare---beware of fakes. Often incorporated into the design of quality bolt actions made for the custom gun trade today.