Amongst proof marks are codes enabling one to determine the date of manufacture of many guns. Sample photos of their layouts are at the bottom of the page.

Liege, Belgium: A single letter, either Roman or Greek, upper or lower case, underlined or not. For corroboration, cross-reference with the proof house controllers' mark.

1921 - 1941: Letter at top of intersection of crossed swords. Number of dots beneath to indicate inspector.

1950 - 1974: Letter at left of intersection of crossed swords. B at right. Inspector's number underneath.

1985 - 1997: Letter at left of intersection of crossed swords. C at right. Inspector's number at bottom.

Gardone, Italy:  Month and Year in Roman numerals until 1945. Sans-serif Roman numerals from 1945 until 1975, then a two-letter code surrounded by a small rectangle as per the chart below.

Ferlach, Austria:   The proof house's number, followed by a dot, then by a 2-digit number for the year, as: 346.33 for the 346th gun proofed in 1933.  Also, an individual gunmaker's code appears in the following format: a 2-digit number followed by a dot and then typically a 4-digit number where the two digit number is the code for the gunmaking firm and the four digit number is his serial number--see Chart.  During the 1980s a three letter code was adopted, in Ariel typeface, where the first letter is the month code, the second and third letters are the year code. EDK, therefore, refers to the year 1992 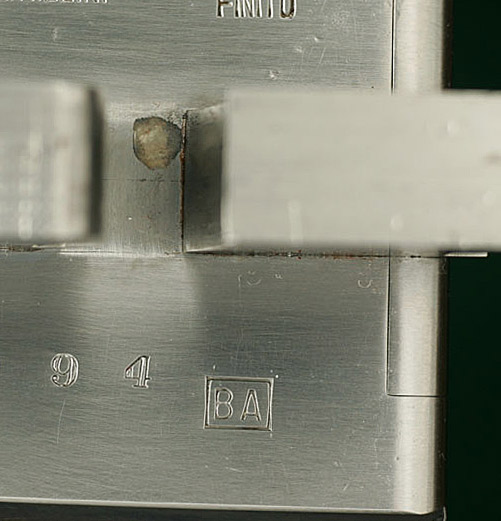 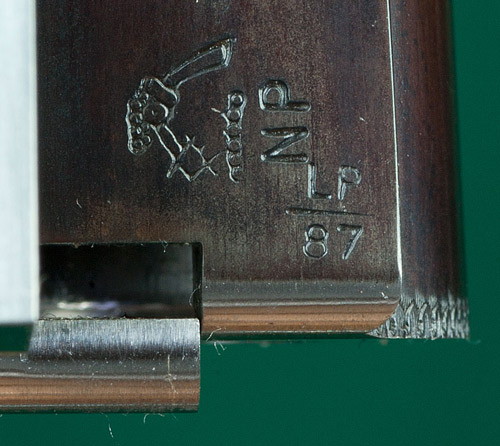 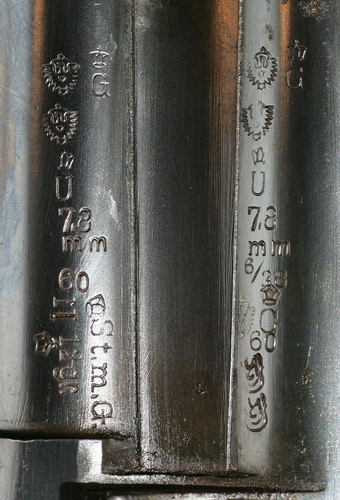 The best single reference for deciphering proomarks is Wirnsberger, Gerhard, The Standard Directory of Proofmarks, Jolex, 1975 Translated by R. A. Steindler